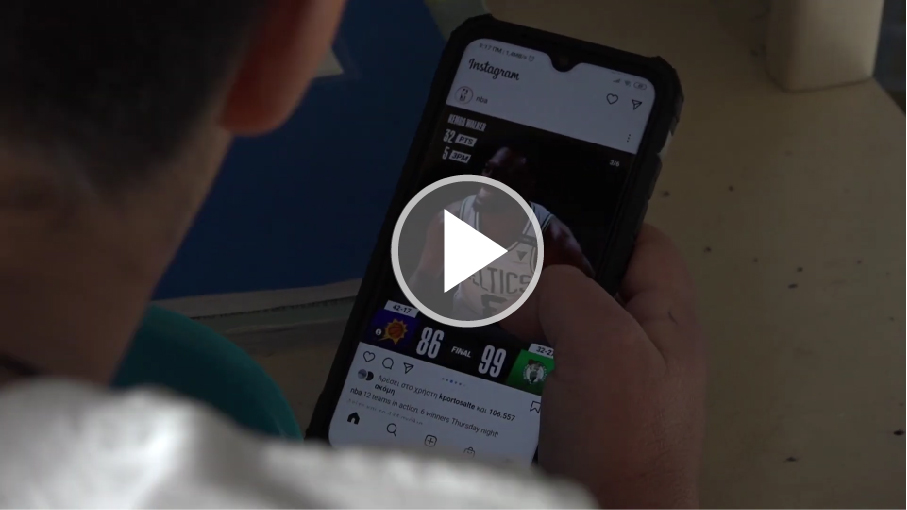 "The Bet" is a documentary with humor and realism about the quarantine and distance learning in 2021. The camera follows students and teachers daily at school and at home and records how this unprecedented experience formed their relationships, on and off screen. Nadia and Annie, Principals of the school, encourage intimacy and cultivate confidence in an "open" school which allows the camera lens to reveal emotions, dreams, difficulties and impasses. It ultimately lets the viewer decide who finally wins the bet and how: physical presence or distance learning?

The lockdown as a catalyst for student- teacher relationships
Technology, screen time and communication solutions
Apps and mobile devices as official tools for education,
Teenagers' need for communication, body expression and play
Encouraging young people to express themselves, allowing for warmth and equality
Glimpses in the everyday life inside a classroom and their interactions
How the school can overcome restrictions to offer memorable moments and a positive attitude 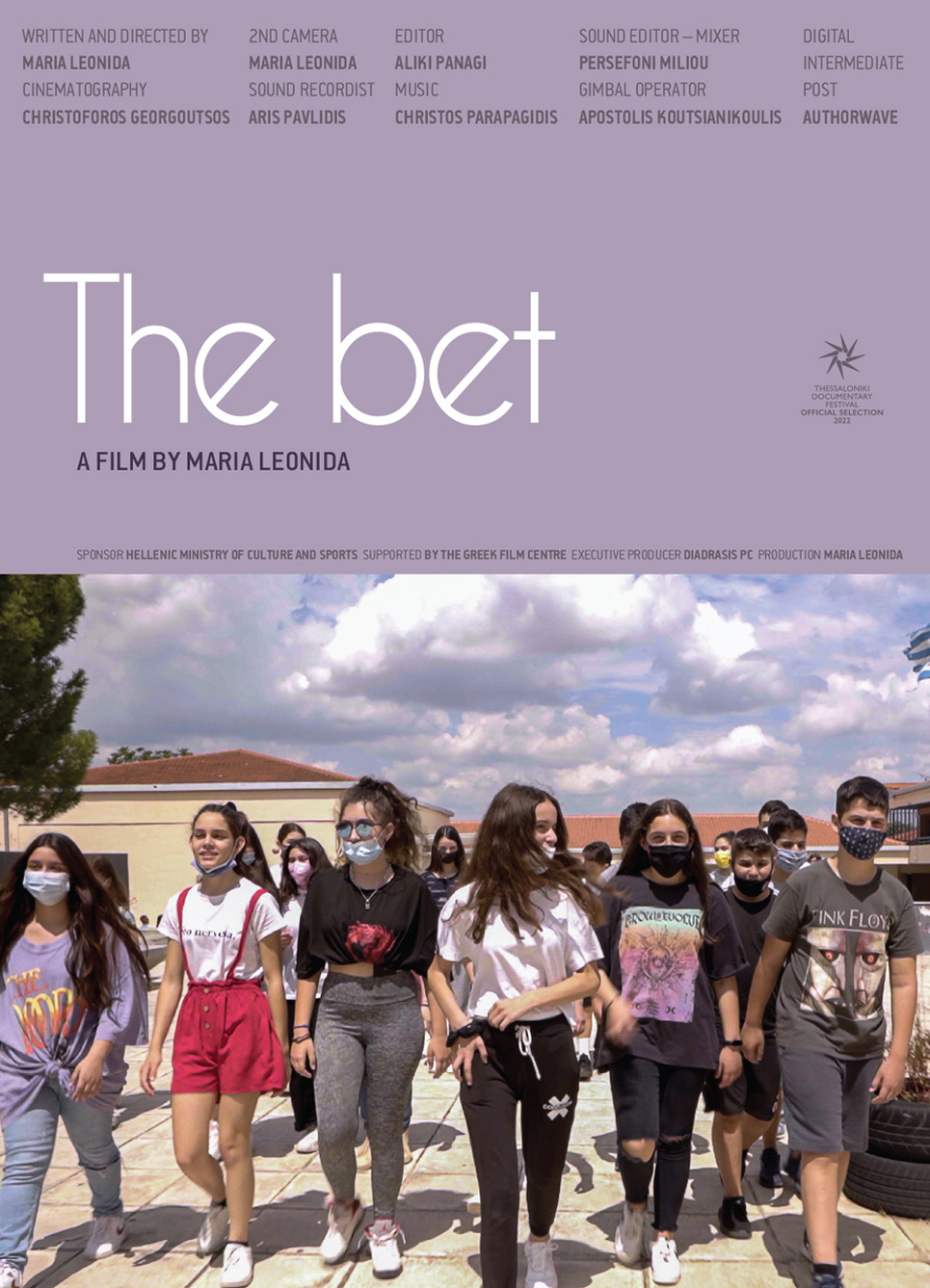 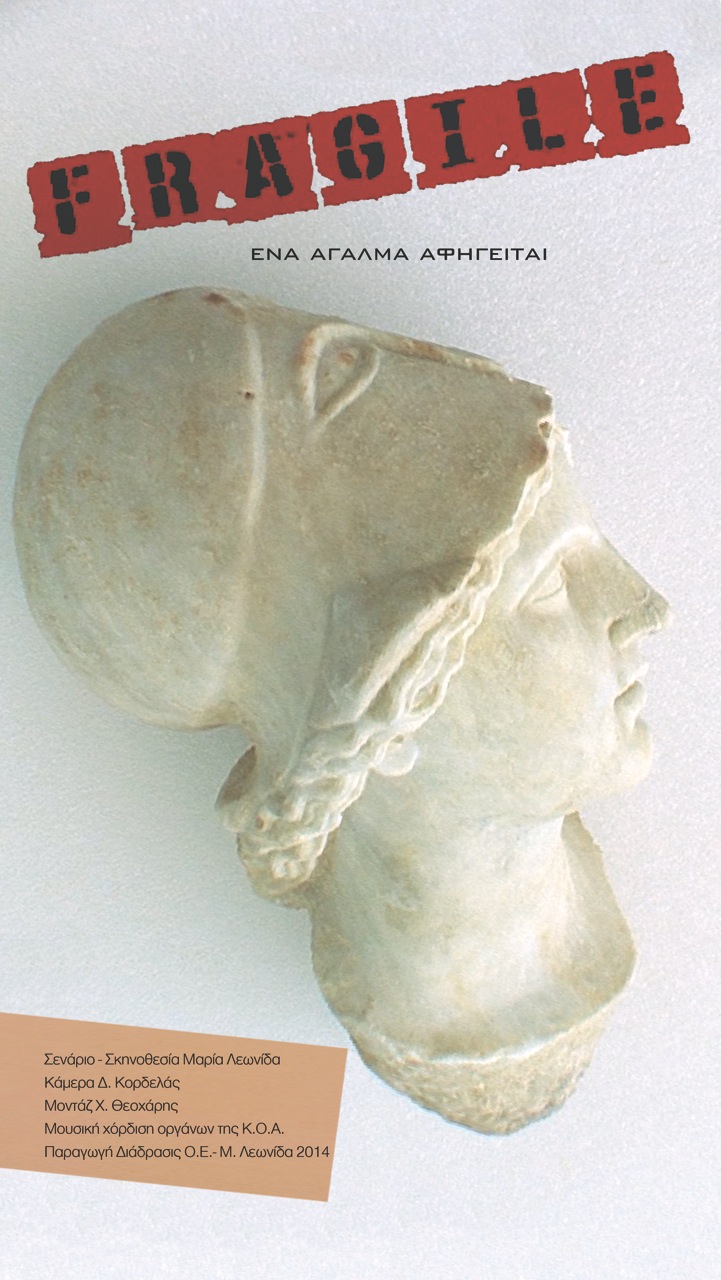 Fragile (2016): A short documentary which presents an everyday encounter with history. An enigmatic relationship between humans and stones. 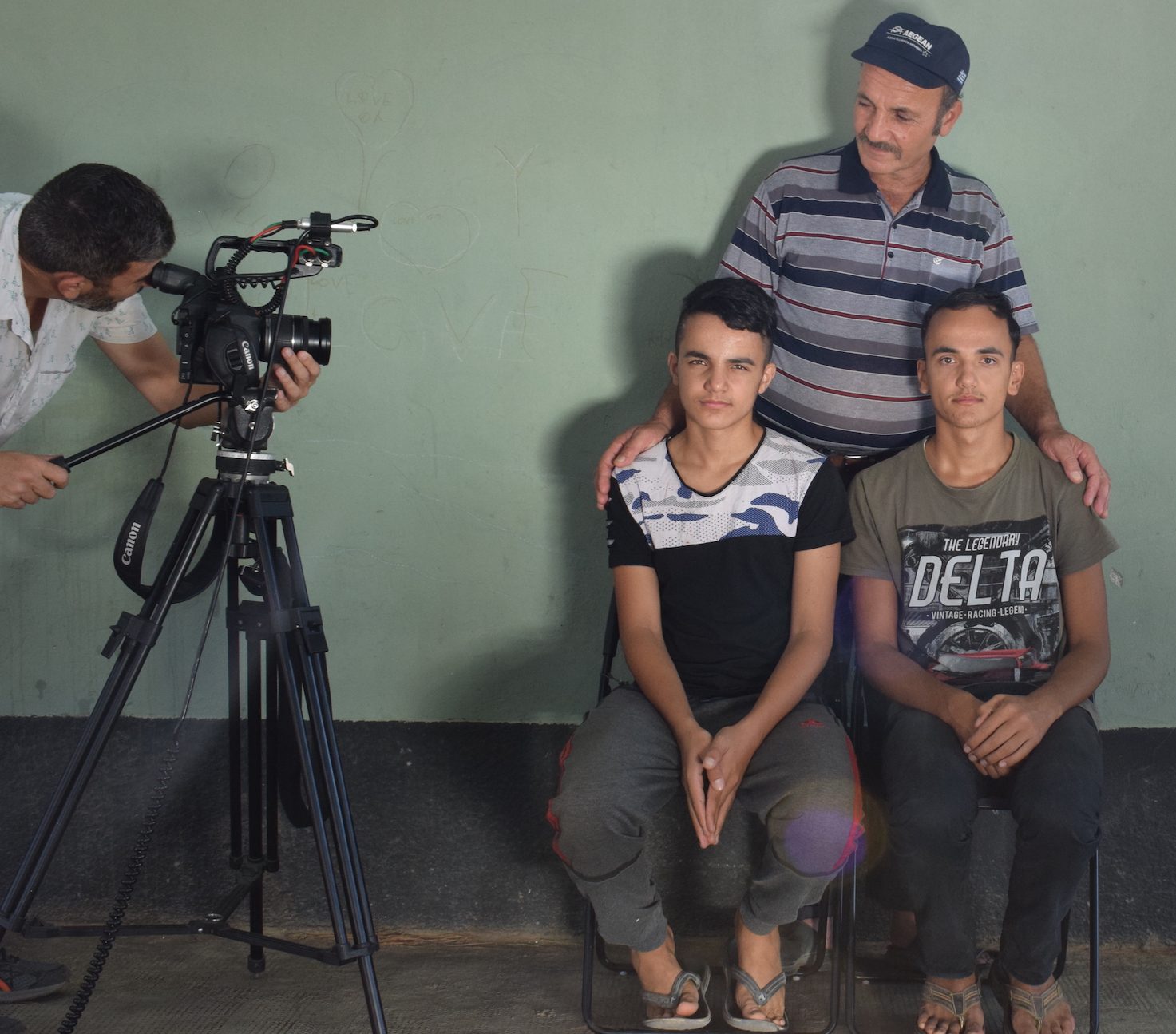 “Portrait day”(2019) is a glimpse on a special event which aimed to introduce learning, play and new relationships through photography inside a refugee camp in Greece. A process which brought together youngsters, boys and girls, and adults for some creative collaborative and memorable moments.

During 2019 I collaborated again with the Avlonas High School as a result of my work in teachers’ training in film education. The school has an inclusive attitude to multicultural students and it soon becomes evident that a small teachers’ community is trying to offer as much as possible to all of their students. Once the lockdown started I could soon find out that their online relationships only mirrored their previous face to face efforts.

Avlonas combines certain contradictory elements. One hour from Athens, in a small, not particularly interesting or picturesque village, with a small student community of 150 youngsters. Thanks to the long service of a devoted Principal, Nantia Tsene and her close indispensable colleague, the Vice Principal, Anny Keki, the school offers a few active teachers the opportunity to build warm and open everyday relationships with a global approach towards learning.

Here they try to materialise their vision for a participatory school, where all students are welcome to have a place and develop.

The first global quarantine proved that the teachers managed to engage 95% of their students in everyday "classroom" meetings and they experimented with online ommunication channels much before an official nationwide online platform was established. Zoom and Viber stood out as their companions to activate their small community.

When the application was aproved, the 2nd quarantine already had started in Greece so we engaged in following “everyday” school life, as it happened: in houses, teenage and teachers’ rooms and in an empty school. 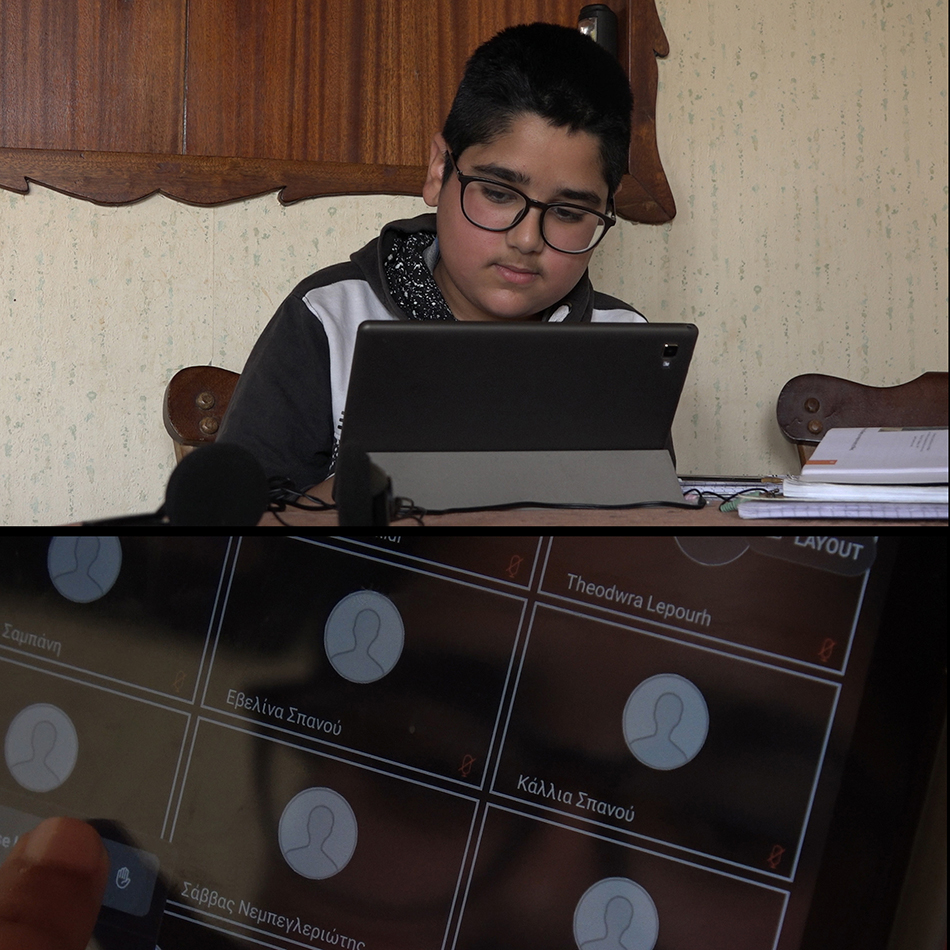 The lockdown experience gave me the chance to materialise an idea which was in my mind since 2017, to follow the everyday life in a normal public school. Originally I wanted to observe and reveal the bits and pieces of how education can be a field of creative change for the difficult age of teenagers and how the rigid school structures can -or cannot- be enriched by initiatives.

However, already from the first week of online communication and lessons in March 2020, I sensed that this experience was going to be crucial and I started peeping as much as possible at my 2 teenage sons’ rooms, discussing with them to find out how they went through that unexpected phase. I read articles and posts from all over the globe on how teachers and parents experienced it. Due to this particular historical moment,in this documentary I combined two of my interests: school life and distance learning. I took advantage of education’s critical moment to shed some light on certain issues involved in the anthropology of attending a High School.

So when the opportunity of a Ministry of Culture funding scheme came, I wrote a proposal combining my interest for active teachers and the world wide subversive quarantine experience.

Shooting started in January 2021, during the winter lockdown. Schools were closed already for 2 months so we first met and shot teachers and students in their houses, getting to know the details and personal moments of the solitary, awkward distance learning which COVID19 imposed to hundreds of thousands of students, teachers and families. Chris, the cameraman and myself equiped with 2 cameras and a few mikes, joined different people in their private rooms, listening to their learning and teaching sessions, being with them during break time, moments of tech hazards, blockings, communication efforts, dispair or boredom. Alone and together, our protagonists, kept trying, each one in their own way, to keep a good spirit and some kind of schooling, which often varied and could evolve in unexpected manners. Organising time, activites and the everyday routine had aquired a completely new concept.

We also followed the two Principals at their weekly work in the empty school. A deserted space, usually full of silence, however the flame was kept alive by the two dedicated women. When schools opened, the scenery completely changed. We were "all together again" but still restricted, careful, due to the measures. However the High School of Avlonas made their best to keep school life alive! We kept shooting, as if everyday would be a unique day. We kept watching the news, like everybody, as nobody could be sure of how the virus and government decisions would develop. 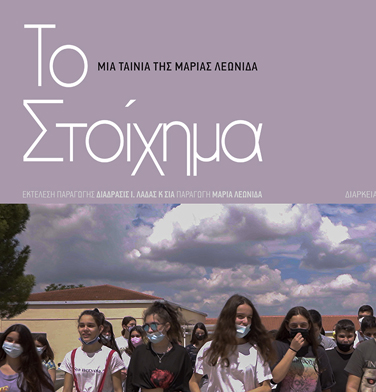 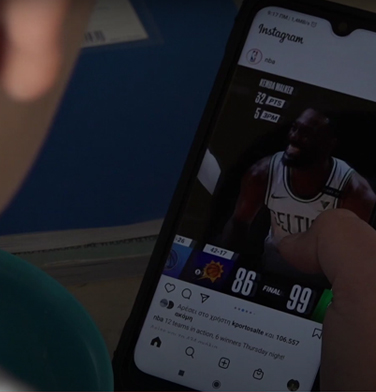 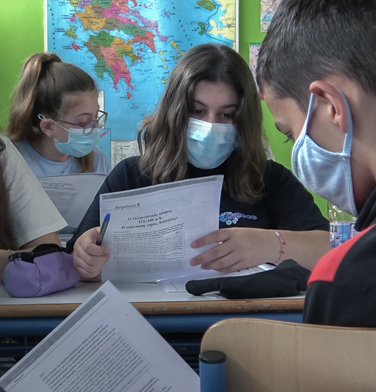 Sponsored by the Hellenic Ministry of Culture and Sports and supported by the Greek Film Centre
www.gfc.gr/en/ manolopoulou@gfc.gr